Diana Cantrelle is at home in opera, oratorio, TV & film.  Critical reviews say, “ Cantrelle is Carmen…sounds & looks great in the role…superb acting & singing”,  “her deep rich voice gives new meaning to the words and her voice has vibrant vocal color & style” , “ Cantrelle’s interpretation of French repertoire, Verdi & Oratorio provides high points to performances where she shows delicate vocal warmth as well as her acting talent.” “As Amneris – Cantrelle sings with a focused thrillingly impressive sound.”  “She gives is a powerful performance, with great emotion & passion.”

Leroy Andrew Smith, (Tenor, King Kaspar) born and raised in Baltimore City where he currently resides. Mr. Smith received a Bachelor of Arts in Voice from the Sunderman Conservatory of Music at Gettysburg College. He currently teaches first-grade special education at DCPS in Washington DC. Leroy is known for his eclectic and diverse musical background encompassing classical music, gospel, R&B, jazz, and alternative music. Some of his former roles include Indio in West Side Story, Goro and Prince Yamadori in Madama Buttlerfly, and the Sailor in Dido and Aeneas. He is a member of Opus Concert Theatre and the Baltimore City College Alumni Master Chorale where he enjoys singing with his fellow musicians. Leroy believes that music is both an experience and the bond that holds together societies.

Aejin Kim, (Rehearsal/Concert Pianist) was born in Seoul, South Korea, began studying piano at the age of five and started accompanying at the age of 12 with prominent musicians. She received bachelor of music and master of music in piano performance and instrumental accompanying from Temple University Boyer College of Music and Dance (Philadelphia, PA). At Boyer, she studied with world-renowned Lambert Orkis. While at Temple, she accompanied over 50 recitals, juries, and numerous lessons. She taught college level piano as a graduate teaching assistant and a member of Pi Kappa Lambda National Music Honor Society. She was an accompanist for “University Singers,”—one of the big choirs of Temple University. As a very talented accompanist, she had many concerts in central Philadelphia including Kimmel center, Billy Graham Center, Tomlinson Theater, Lincoln center, and so on. She joined the committee for student hospitality for annual piano competition at Old Dominion University (Norfolk, VA). She managed this big event every year successfully with Dr. Harold Protsman from 2004 to 2007. As a piano teacher since the year 2000, she knows how to make lessons both educational and interesting for individual students. She was elected by both students and parents as a best teacher in Symphony school of music, PA (2011). She obtained Master degree and Graduate Performance diploma in vocal accompanying major at Peabody conservatory in Johns Hopkins University. She played in Towson University for solo and ensemble music festival and Howard Community College for “Hansel and Gretel” opera. In addition, she performed and did a vocal coaching for Falstaff, Cendrillon, Die Entführung aus dem Serail, Magic Flute, Il barbiere di Siviglia. Currently, she is a member of MTNA and HCMTA.

Kevin Crysler, M.B.A. (Director/Production Manager) is the president of Opus Concert Theatre. Previously, he had an extensive career as an actor, director, designer and producer in opera, theatre, television and film. He has narrated concerts for the Atlanta Opera and The Atlanta Symphony, and was the preview lecturer for Opera Pacific in Orange County California for nine years. He has taught acting for singers in the MFA program at Cal State Long Beach and has taught opera appreciation courses at University of California, Irvine and Saddleback College. He is currently the owner of Mr. Handyman in Anne Arundel County and a resident of Columbia.

Elena Patricia Wenderoth, (Soprano, Amahl cover, section leader, featured dancer) is a young girl at Wilde Lake Middle school. Miss Wenderoth has been a part of many choirs and plays. In grades 4 and 5, she was in the Howard County Children Choir, and in grades 7 and 8, she was part of Howard County Gifted and Talented Choir. She has been in plays such as Oliver, in which she played the part of Nancy, and Annie, as the part of Miss Hannigan. She won a first Soprano post with the Maryland All State Choir.

Emily Zimmer, (Soprano, stage manager) is thrilled and honored to be performing once again for the Opus Concert Theater. With the company, she has played the part of the Second Witch for the opera Dido & Aeneas; in the ensemble for Carmen, and again for AÏDA. Emily is also a chorus member and soloist with Showtime Singers in Ellicott City. They perform throughout Maryland for eight months each year. In college, she performed in a variety of operas and ensembles. Emily completed the Peabody Preparatory Certificate as a high school student. Emily is currently studying voice with Diana Cantrelle. She is excited to be singing again for a third year as a shepherd in Amahl and the Night Visitors. This is her second time stage managing for Opus Concert Theater.

Jeff Houston, (Tenor) made his debut in the ensemble of Opus Concert Theater’s production of Amahl and the Night Visitors in 2017 and performed in AÏDA in June 2018. Jeff has had a love for music and singing that goes back to his earliest memory. In his spare time, he enjoys participating in endurance sports and hopes to run two marathons in 2018. He is also an accomplished nature photographer having won numerous awards. However, his favorite activity is volunteering as a foster parent with the Maryland SPCA, raising orphaned kittens—sometimes from the day of birth then up until they are ready to be adopted. He also volunteers with the LIVESTRONG Foundation as a LIVESTRONG Leader, raising awareness of cancer programs available to all those affected by cancer.

Inge Hyder, (Tenor) began singing practically non-stop since she met Bill, her husband-to-be, in the chorus of The Mikado at Queens College in New York in 1948. Many years later she and Bill were active members of the Comic Opera Company of Baltimore, putting on Gilbert & Sullivan operas annually for many years. Inge has also sung with the Handel Choir, the Baltimore Symphony Chorus, the Laurel Oratorio Society, the Columbia Choral Society, and the Columbia Pro Cantare. Presently she is a member of Encore Chorale, the UUCC (Unitarian Universalist Congregation of Columbia) choir, and the Bain/HCC chorus. She is enjoying singing with Opus Concert Theatre.

Benjamin Walker, (Tenor), a graduate from the University of Maryland at College Park, with a Bachelor of Arts degree in Theater. While in college, Mr. Walker performed with the Gamer Symphony Orchestra in the chorus, as well as the Kreativity Diversity Troupe, and worked as an actor, writer, and director in the group. His primary focus was costume making, with his work appealing in several plays and operas, including La Bohème, Miss Havisham’s Fire and Rent, all of which were performed at the University of Maryland. He has sung with the Opus Concert Theatre before in the chorus for their performance of Dido and Aeneas last year. Walker’s dream is to one day become a professional singer and songwriter, a goal he has been practicing to achieve since graduation. His primary influences for his singing style include the Beatles, Simon and Garfunkel, Freddy Mercury of Queen, and Chris Martin of Coldplay.

David Smith, (Basso Profundo) was an enthusiastic participant in choral singing and musical theatre through high school. He allowed life to intervene until recently, when he resumed singing in his church choir. Dido and Aeneas was his first foray into opera and now he enjoys singing in Carmen, Vive La Liberté and helping his fellow singers.

Jered Wenderoth, (First Bass, Second Tenor, Cover for King Balthazar) is an amateur opera and work commute singer from Columbia, Maryland. He has been described as “one of the top four singers in the Wenderoth household.” Mr. Wenderoth performs in the bass section of the ensemble of the Opus Concert Theatre in productions such as Carmen: Vive la Liberté and Amahl and the Night Visitors in order to support and spend time with his musical prodigy daughter Elena. He previously performed in the Opus production of Dido & Aeneas also to support his amazing daughter and to be able to shock people with his claim of having performed in an opera. Jered has no other current productions in the works and no plans to go professional ever.

Niall Casey (oboist) is a burgeoning young oboist in the greater Baltimore area. After receiving his bachelor’s degree in oboe performance at the Peabody Institute of the Johns Hopkins University, he returned to the Peabody Institute for a masters degree, which he plans on completing in the coming year.

Niall regularly plays in the Baltimore and DC area on the baroque oboe as well as the modern oboe alongside esteemed groups such as the Musicians of St. David’s church, the Thrive recital series, and Symphony No. 1. As a lover of opera, Niall is thrilled to perform Amahl and the Night Visitors for his first time. Hopefully, the first of many to come.

Thank you Howard County Arts Council and for donations from people like you. 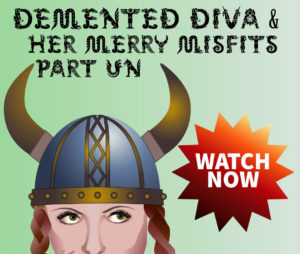